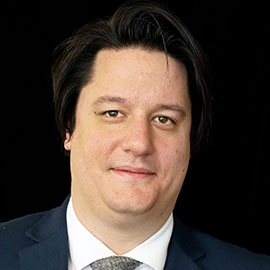 Adrian Butler graduated from the University of California, Los Angeles School of Law in 2019, with a specialization in Public Interest Law and Policy. During law school, he co-founded the Labor & Employment Law Association and chaired the Labor & Economic Justice Clinic at UCLA Law, which assists UNITE HERE Local 11 with its ongoing organizing campaigns and litigation on behalf of its members. He was a research assistant to Arjay and Frances Fearing Miller Distinguished Professor of Law Katherine Stone, and served as a Managing Editor for the first issue of the Disability Law Journal. He also volunteered for the National Day Labor Organizing Network (NDLON) and UFCW Local 770, and was a summer associate at Bush Gottlieb.

Prior to attending UCLA Law, Mr. Butler graduated with Highest Honors from UC Berkeley, where his award-winning honors thesis analyzed the historical and legal implications of the 1902 anthracite miner’s strike, the first federally arbitrated labor dispute in the United States. He also volunteered for Jobs with Justice, a nonprofit which brings together labor, community, student, and faith voices at the national and local levels to win improvements in workers’ lives and shape the public discourse on workers’ rights and the economy; during its successful campaign to institute a Retail Workers’ Bill of Rights in San Francisco.