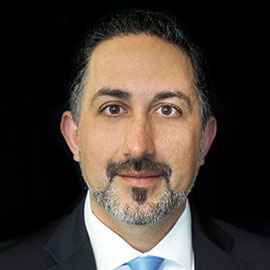 David E. Ahdoot joined the firm in September 2007 and represents labor unions at the intersection of labor law, bankruptcy, arbitration, litigation, dispute resolution, and film finance matters. Mr. Ahdoot has been a partner since 2013 and currently serves on the Firm’s Management Committee.

Mr. Ahdoot primarily represents SAG-AFTRA, the Directors Guild of America, Inc., and the Writers Guild of America, West, Inc. and their related Pension and Health Plans. He is counsel to a Tri-Guild program that coordinates, enforces and resolves compliance audits with film producers and distributors in the Studio and Independent sectors. Mr. Ahdoot is also deeply active in the Firm’s insolvency practice, representing client interests in numerous film industry bankruptcies across the country, including New York, Delaware and Los Angeles. Through his efforts, the Guilds and Plans have collected tens of millions of dollars on behalf of talent throughout the entertainment industry.

He is a member of the AFL-CIO Lawyers Coordinating Committee, the Financial Lawyers Conference, the American Bankruptcy Institute, along with Labor Law, Bankruptcy, Entertainment Law, and Intellectual Property Sections of the American, California and Los Angeles County Bar Associations.

Outside of the law, Mr. Ahdoot spends his time with his family, hiking, practicing yoga, playing guitar and reading massive amounts of fiction.